Which Industry Benefits From Using Chatbots?

Billions of people around the world use at least one, if not two or even more, messaging platform to communicate. That has created an excellent opportunity for companies to interact with their customers through chatbots that operate on these platforms.

Different industries have experimented with chatbots with varying degrees of success. The idea of conducting business through a series of instant messages using an AI chatbot does not occur naturally to business owners in the beginning. Yet, chatbots have proved to possess a real potential to transform user experience beyond what these industries can currently offer.

So, which industry has the most promising prospect for chatbot adoption?

One of the most successful out of those experienced with chatbots so far is the food service industry. In particular, pizza companies are one of the first few to implement chatbot technology. Who doesn’t want to order pizza at 2 am from a bot? 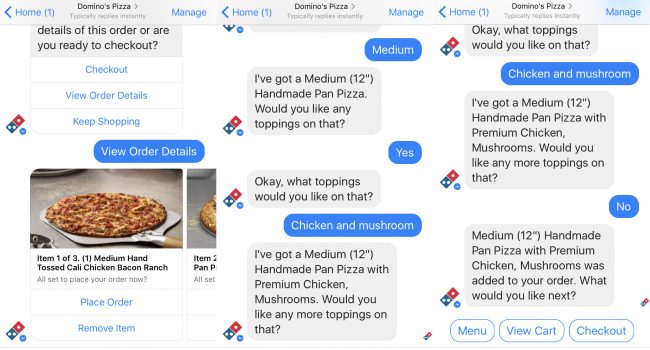 Domino’s, for example, has more than half its orders placed through digital channels which generated nearly 5 billion dollars a year. Thus, it is no surprise that Domino’s is one of the first major brands to launch a chatbot on their Facebook Messenger. Its chatbot incorporating Easy Order feature, allows Domino customers to order their favorite pizza with a click or command.

The success of chatbots like Domino’s reflects the fact that food order is usually a simple, predictable process that can be reliably performed without the need for human intervention. Although many factors contribute to the viability of chatbots, one can’t deny the the complexity (or lack thereof) and the predictability of interactions are what make chatbot.

One of the sectors most affected by digital disruption is finance. However, many companies are embracing technology as they seek to reconstruct how they interact with their customers. Chatbot is one of the developing technologies that companies in this industry are turning to. In fact, according to Samsung, more than 50% of financial services companies are working on a chatbot project. 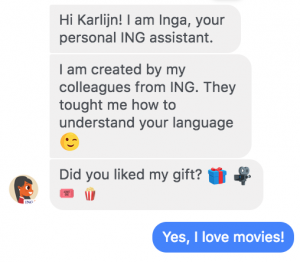 ING Direct, for example, plans to launch a chatbot for multiple platforms, including Twitter, Facebook, and Google Assistant. “The ability to talk to customers is what we call the dialogue bank. Customers using the company’s chatbots will be able to perform tasks such as checking account balances, transferring funds to other accounts and alerting banks of lost credit or debit cards. Thanks to improved natural language processing technology, the ING Direct chatbots will be able to communicate with customers in more natural ways. For instance, not only will the chatbots be able to answer “How much money do I have in my account?”, they will also be able to deal with questions like “Am I broke yet?”

As Brian Sumers of Skift explained, Aeromexico’s chatbot is backed by an “artificial intelligence” with 500 popular questions, selected from Facebook, Twitter and the telephone transcript. 500 appears to be a small figure, but in fact 80% of leaflets ask the same question. There is hope that as technology improves, complex process requests such as flight changes are possible.

According to a study published by the Pew Research Center, 67% of US adults receive some of their news from social media, and 20% regularly turn to social media to find out what is happening around the world. So it’s not surprising that news organizations have shown an interest in developing news-focused chatbots for social messaging platforms. 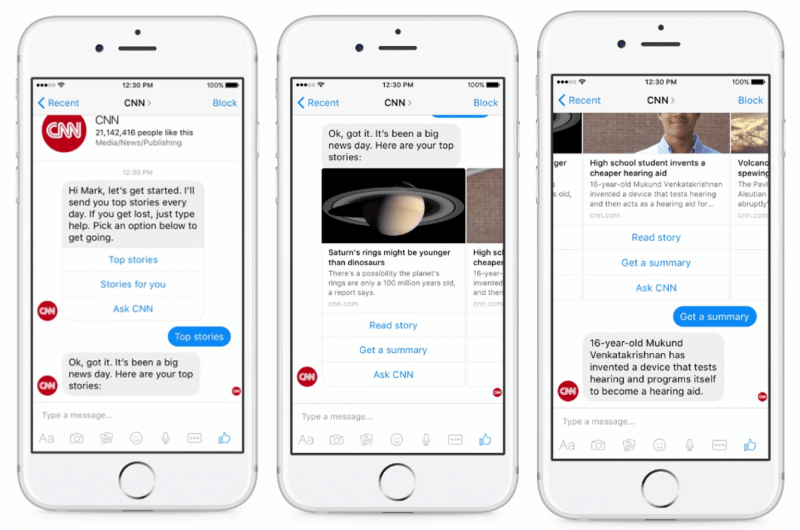 One of those organizations, CNN, has developed chatbots for Facebook Messenger, Kik, and LINE. Alex Wellen, CNN’s senior vice president and product manager, believes chatbots have a very bright future. As a result, his company is “aggressive” in adopting an artificial intelligent platform. Instead of designing chatbots for mere distribution of individual breaking headlines or links to articles, CNN is creating new types of interactive experiences. For example, on Facebook Messenger, users can ask CNN’s chatbot for news and information to questions questions. On another of their platform, Kik, users can “experience news in a ‘select-to-adventure’ format.”
“It’s still early days, but we believe chatbots will ultimately have a profound impact on our digital lives,” he explained. “This technology allows both the intimacy of a one-to-one conversation as well as the mechanism for broadcasting a significant message on a large scale.”

There’s a growing number of chatbots helping consumers cope with health problems, such as Digital Health Boot run by HealthTap. It was launched initially as a service focused on Q&A but now also offers self-billing feature. Through the chatbot HealthTap on Facebook Messenger, individuals can ask health questions and get answers based on HealthTap’s expanded Q&A database. 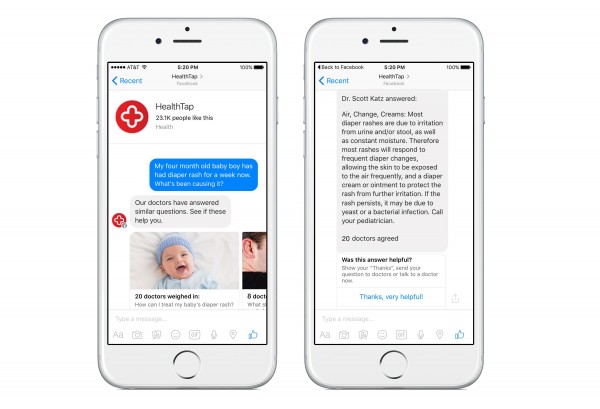 For additional support, HealthTap’s chatbot can distribute questions to the network of over 100,000 physicians. The feedback of these requested questions will then be sent via Facebook Messenger.

There are growing concerns regarding privacy and safety in healthcare with the use of chatbots that we can’t ignore. Nevertheless, an equally pressing indicator is that chatbots also play an essential role for many interactions, especially early diagnosis.

As mentioned at the beginning, chatbots did not work in every industry, at least not in their current form. But in what they do, they have the potential to revolutionize the way we interact with everyday services such as healthcare, banking, and communications, in ways that brands will do well to continue.

To learn more about what Athenka can do for your business, chick here. 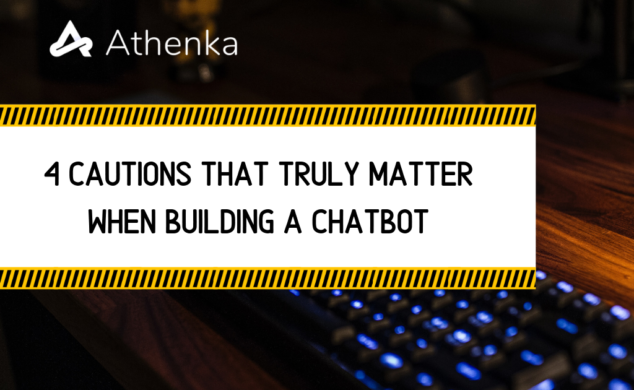 4 Cautions That Truly Matter When Building A Chatbot

★ 3 min read ★     Chatbots are changing the way people interact on the Internet. Building a powerful... 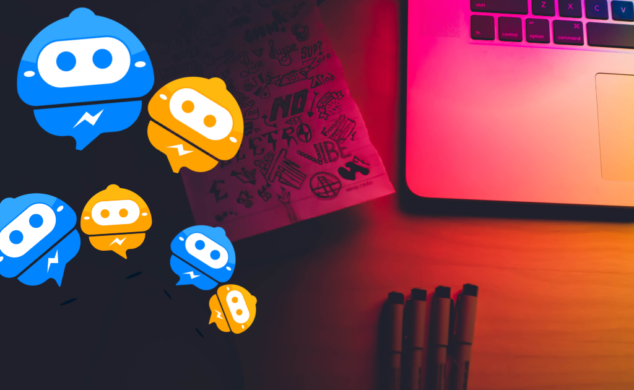 4 Examples of How Creative People Use Chatbots

★ 5 min read ★ A chatbot is a blank page, literally and figuratively. It’s up to you to write... 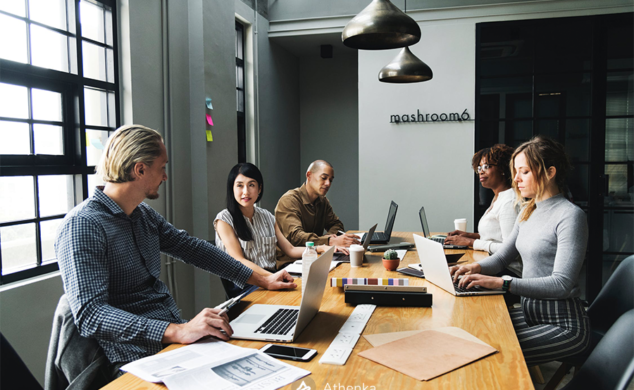 Ever wondered how a college freshman processes a wealth of information and adjusts to a new environment? Challenges of new...